CytoDyn to Hold Webcast and Live Q/A on October 26

Governance at a Glance 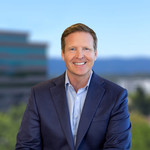 Dr. Kelly was named Chairman of the Board in December 2018 and he has served as a director since April 2017. Dr. Kelly was named to the non-executive position of Chief Science Officer of the Company in July 2019. He was appointed Chief Medical Officer and Head of Business Development in April 2020. Prior to leaving clinical medicine to focus on CytoDyn, he served at Atlanta-based Resurgens Orthopaedics since 2002, including as Director of the Safety Council since 2013 and as Medical Director of the Resurgens Orthopaedics' Spine Center since 2007. He is a fellow of the American Board of Physical Medicine and Rehabilitation and a diplomate of the American Academy of Physical Medicine and Rehabilitation. He also is a member of the Spine Intervention Society, Georgia Society of Interventional Spine Physicians, and American Academy of Physical Medicine and Rehabilitation. He has received numerous honors including being named as America's Best Physicians in 2018 by the National Consumer Advisory Board, Leading Physicians of the World in 2018 by the International Association of Healthcare Professionals (IAHCP), America's Most Honored Professionals in 2018 and 2019 by The American Registry, America's Best Physicians in 2016, 2017, 2018, and 2019 by The National Consumer Advisory Board, "Top Doctor" in 2015, 2016, 2017, and 2019 by Castle Connolly, and "Top Doctor" by Atlanta Magazine in 2016, 2017 2018, and 2019. He is the author of What I've Learned from You: The Lessons of Life Taught to a Doctor by His Patients. He received his BA in Psychology from Emory University, his medical doctorate from Medical College of Georgia and completed his medical residency at Emory University. 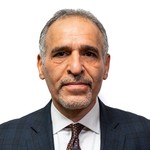 Dr. Pourhassan received his Bachelor of Science from Utah State University in 1985, his Master of Science from Brigham Young University in 1990 and his Ph.D. in Mechanical Engineering from the University of Utah in 1998. Dr. Pourhassan has authored three books. His 20 years of business development experience set the stage for him to transform a publicly traded biotech company on the brink of bankruptcy, into a company on the cusp of potentially obtaining FDA approval for its first drug. If granted approval, the drug called leronlimab (PRO 140) could change the treatment paradigms in both HIV and metastatic cancer.

Dr. Pourhassan joined CytoDyn (CYDY) in 2008 as Chief Operating Officer and by September 2012, was appointed President and CEO. He was responsible for identifying significant opportunities for leronlimab, and single handedly raised enough capital for CytoDyn to complete an acquisition of PRO 140 from Progenics Pharmaceuticals. Dr. Pourhassan has overseen the rapid preclinical and clinical developments of leronlimab (PRO 140) as a therapy for HIV, from Phase 2 development into successful completion of Phase 3 trials. This includes the oversight of the development of trial protocols and interaction with the U.S. Food and Drug Administration (FDA). Dr. Pourhassan also opened the door for exploring leronlimab (PRO 140) for other indications. Most notably, he has been involved in the clinical developments of leronlimab in indications for triple-negative breast cancer, 22 different solid tumor cancers, GvHD, NASH and several different populations of COVID-19.

To advance the drug development of leronlimab for all these indications, Dr. Pourhassan raised capital for CytoDyn of approximately $400 million in the last 10 years. 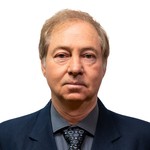 Mr. Naydenov has been a Director of CytoDyn since June 2009. For more than 20 years, Mr. Naydenov has been actively involved in innovative developments in a variety of fields, ranging from sports, fitness, & health to robotic technology. Since 2001, Mr. Naydenov has served as the Vice President and Director of Milara Incorporated, a leading and multi-faceted company that specializes in wafer-handling robotics, semiconductor systems, and surface mount technologies. In 2006, Mr. Naydenov became the Treasurer of Milara Inc., and additionally began serving as the Director of Milara International, the international representative of Diamond and Equipe brands of Semiconductor Robotics & Systems. Since then, Mr. Naydenov has expanded his experience in innovative developments and industries, with his most recent endeavor beginning in 2017 as the founder of the natural health care product company, Pure Care Pro LLC.