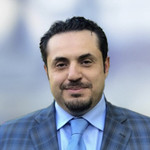 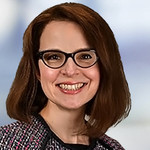 Dr. Lake is Associate Professor of Medicine with Tenure at UTHealth McGovern Medical School. She completed both medical school and Internal Medicine residency at Baylor College of Medicine in Houston, Texas, followed by an Infectious Diseases fellowship and Master of Science in Clinical Research degree program at the University of California, Los Angeles. Dr. Lake’s outpatient practice focuses on adults living with HIV, and gender care for transgender women with HIV.  Her translational research portfolio focuses on the treatment of metabolic complications of HIV and antiretroviral therapy, with particular expertise in translational clinical trials. Dr. Lake also serves leadership positions in the NIH-funded MACS/WIHS Combined Cohort Study and AIDS Clinical Trials Group. 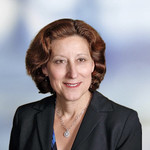 Dr. Hope Rugo is the Director of the Breast Oncology Clinical Trials Program at UCSF.  She is the principal investigator for multiple clinical trials studying novel targeted therapeutics combined with standard treatments to improve clinical results in early and late-stage breast cancer.  She is also researching cognitive function in patients receiving chemotherapy for breast cancer as well as ways to reduce toxicity from therapy.

Dr. Rugo has established collaborations with several large academic medical centers to expand the novel therapies that are available to patients. She is an active member of the national cooperative group, CALGB, a founding member of the Breast Cancer Research Consortium, and an investigator in the UCSF Breast SPORE (the Bay Area Specialized Program of Research Excellence in Breast Cancer).

Dr. Rugo teaches medical students and physicians, and regularly lectures locally, nationally, and internationally. At UCSF, Dr. Rugo runs the Breast Forum, an open bimonthly evening educational session for breast cancer patients, families, and friends from throughout the Bay Area.  She is widely published and highly regarded in the field of oncology. 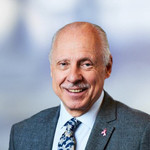 Dr. Glück is a medical oncologist and was V.P. Global Medical Affairs at Celgene Corporation from October 2014 until December 2019. He oversaw oncology activities worldwide and the Immuno-Oncology program in solid tumors and hematology. He also contributed to Celgene’s activities around the acquisition of early assets.

From 2003–2008, Dr. Glück was the Clinical Director of the Braman Family Breast Cancer Institute. From January 2009 - December 2010, he served as the Assistant Director of the Sylvester Comprehensive Cancer Center and Associate Chief Division of Hematology & Medical Oncology. He then served as a Sylvester Professor in the Department of Medicine at Miller School of Medicine, University of Miami, Florida, until September 2014. He has been a principal investigator of 37 breast cancer studies in Miami and numerous scientific and translational projects.

Additionally, he was very active with the following companies as an independent scientific and medical advisor for oncology efforts, including Agendia, Amgen, Pfizer, Novartis, Roche/Genentech, GSK, and Eli Lilly. 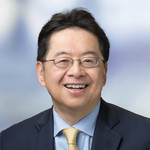 Dr. Ueno is a Professor of Medicine at The University of Texas MD Anderson Cancer Center. He is the Executive Director of the Morgan Welch Inflammatory Breast Cancer Program and Clinic and Section Chief of the Translational Breast Cancer Research at the Department of Breast Medical Oncology. His research is in the area of inflammatory breast cancer/triple-negative breast cancer. In particular, he focuses on the molecular mechanism of metastasis and tumorigenicity driven by cancer microenvironment. 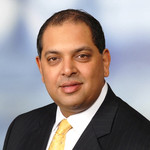 Dr. Kabir Mody is the Medical Director at IMV, Inc. and a board-certified medical oncologist. He brings a wealth of experience and knowledge in oncology and immuno-oncology accumulated while working at Mayo Clinic as an academic oncologist focused on GI oncology, in particular cancers of the liver and the pancreas. Dr. Mody received his MD from St. George's University School of Medicine, completed his residency at St. Luke’s-Roosevelt Hospital in New York City and fellowship at Dartmouth Hitchcock Medical Center in New Hampshire. He has co-authored numerous papers and book chapters, including many on the biology and novel treatment strategies of liver and pancreas malignancies, and has been actively involved in leading both clinical and lab-based research on cancers of the liver and pancreas. 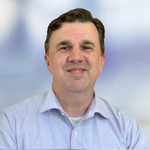 He has numerous publications and abstracts in Hematology and Oncology. 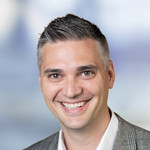 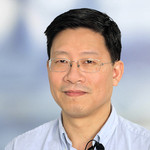 Dr. Otto Yang is a Professor of Medicine, Infectious Diseases, Microbiology, Immunology & Molecular Genetics at UCLA and has a background in clinical infectious diseases. His laboratory specializes in T cell immunology in HIV infection, relevant to developing immune therapies and vaccines for HIV and potentially other diseases including cancer and other viral infections. He received his MD degree from Brown University, with subsequent residency training at NYU-Bellevue Hospital and subspecialty/postdoctoral training at Harvard-Massachusetts General Hospital. He then pursued fellowship at Massachusetts General Hospital, where he developed a research program studying the role of CD8+ T lymphocytes (CTL, which are killer T cells that can destroy cells infected with viruses or which are malignant) in HIV-1 pathogenesis. A more recent research interest has been the role of CTL in the development of rejection in organ transplant patients. Dr. Yang has begun working with the new composite tissue transplantation program at UCLA, which will perform hand and face transplants, studying the role of this arm of immunity in causing tissue rejection. Dr. Yang is a frequent lecturer, received numerous research grants and funding for his work, published over 180 peer-reviewed articles, and holds numerous patents in HIV and Immunology. 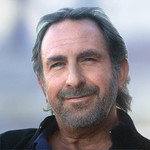 Dr. Lalezari has agreed to serve as an outside Scientific Advisor to CytoDyn without compensation. Dr. Lalezari has been the CEO and Medical Director of Quest Clinical Research since 1997. He received his MD degree from the University of Pennsylvania and his MA from the University of Virginia. He also received a BA from the University of Rochester. He received his board certification from the American Board of Internal Medicine. He briefly served as interim Chief Medical Officer of CytoDyn during 2020, as well as Chief Medical Officer of Virion Therapeutics. Dr. Lalezari has served as Principal Investigator for Phase I, II, and III clinical studies of new therapies for such viral diseases as HIV/AIDS, CMV, HPV, HSV, Hepatitis B and C, Influenza, RSV, and COVID-19, including clinical trials conducted by the Company. He has published extensively and is a well-regarded international speaker and patient advocate.